The Auburn University RFID Lab has publicly announced the CHIP Project, a blockchain proof-of-concept for serialized data exchange in the Retail and Apparel supply chain. CHIP, an acronym for CHain Integration Pilot, will be the first of its kind in the industry, with the goal of integrating item-level data streams from various stakeholders into a blockchain solution, creating a common record of information jointly shared by trade partners that will enable end-to-end visibility and data-driven decision making throughout the value chain. 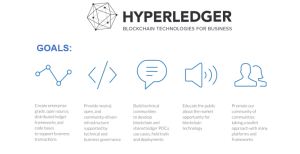 The Auburn University RFID Lab is excited to announce its new membership with Hyperledger, a global collaboration hosted by the Linux Foundation that focuses on the advancement of blockchain and DLT technologies. Hyperledger functions as a greenhouse for a series of open source blockchain frameworks with cross-industry applications, ranging from finance and banking to supply chain and logistics. As one of the largest working consortiums of its kind, Hyperledger is comprised of hundreds of contributing organizations such as Accenture, Deloitte, IBM, Intel, Oracle, JP Morgan, and many more.

Journal of Business Logistics STF – A Conversation with Yorke Rhodes

In this webinar, meet Yorke Rhodes, one of the co-founders of Microsoft’s Blockchain initiative, and hear him discuss the process behind the project. Follow along as members of the JBL (Journal of Business Logistics) ask Rhodes about blockchain technology and its implications in various sectors.

Pictured above: Doctoral Graduate, Jian Zhang testing his robot, Jianny 5 in the mock retail store in the RFID Lab. 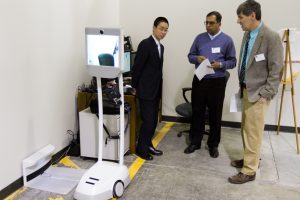 Pictured above: Jian Zhang discussing his work with colleagues at a recent RFID Lab event

Julia Marr, a Junior in Supply Chain Management and a Lab Assistant at the Auburn RFID Lab, received a scholarship from NRF to attend the 2017 conference in NYC.

Who Pays for Retail RFID Tagging?

Whether the brand buys the tags or the retailer subsidizes tagging, the cost will be absorbed into the cost of the item in the long run. We still have a few apparel retailers ask us about cost of goods increases for RFID tagged items. What many of them don’t realize is that the per-item cost of apparel RFID is quickly becoming independent of whether or not the retailer actually has an RFID program. Unless it’s an exclusive or private label item, retail RFID tagging is fast becoming a standard feature rather than a retailer requested option. 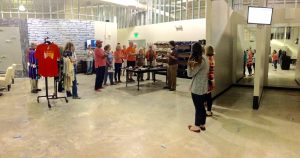 On September 23rd, the Auburn University RFID Lab hosted an open house and offered an interactive tour of the facility. Visitors of all ages attended out of curiosity and excitement. Many wanted to know what the lab does on a day-to-day basis, while others came to learn the basics of RFID and its applications.

In moving to Auburn University in 2014, the lab was reunited with its founder, Harbert College of Business Dean Bill Hardgrave. Hardgrave helped launch the lab at the University of Arkansas in 2005.

The lab has continued to work with leading retail, supply chain, manufacturing and technology companies.